The Emergency Exit project is a cooperation of FreeszfeSociety, Hungary, and six Western European universities. They grant the Hungarian students a special status (available mainly in the German educational system), thus allowing them to finish their degrees without having to remain at the privatized SzFE.

The Emergency Exit program is rooted in the resistance movement against the privatization of SzFE (University of Theatre and Film Arts, Budapest). Political background: the Hungarian government sets up so-called „private foundations” for each university to conduct. The board of trustees – approved by the ministry – is unremovable, able to elect its own members, and has all the legal rights of a university senate. An argument often heard is that this construction helps the universities operate under the laws of the market, autonomously from the state. However, the only source of funding is still government aid.

The members of the university held the buildings under their authority for 71 days in protest. The students, lecturers and employees organized events, mobilized ten thousands of people and showed solidarity to other stigmatized groups. However, the government did not back out of its plan. Thus, six Western European universities undertook the task of enabling the students to receive their degrees, allowing them to leave SzFE, an institution that was no longer the one  they knew.

The newly founded Freeszfe Society – with the participants of the blockade among its members – provides the financial and material conditions, while the universities offer their very own accreditational frameworks. A special guest student status (which is mainly available in the institutions of German-speaking states) and the common framework of EU higher education is the legal and practical background for this operation. Practically summarized, the participants founded the first joint higher education institute with a civic, non-profit society at the centre.

At the moment, approximately 150 students (and the same number of lecturers) are participating in the programme. Because of the characteristics of the special student status, it mainly affects those who are about to finish their degrees. The Society signed contracts with municipalities, non-profits and independent arts agencies to provide enough space. In addition to being the operational organization, the Freeszfe Society also functions as the producer for the exam performances and films.

The maintenance of the Emergency Exit programme is a great challenge for the Society. It relies on two means of support: microtransactions (mainly on Patreon) and the European tender system. The aid of Allianz Kulturstiftung will help us provide fair scholarships for our students in the academic year of 2021/2022. This is a crucial condition to prevent our students from a less wealthy environment from having to leave the programme. 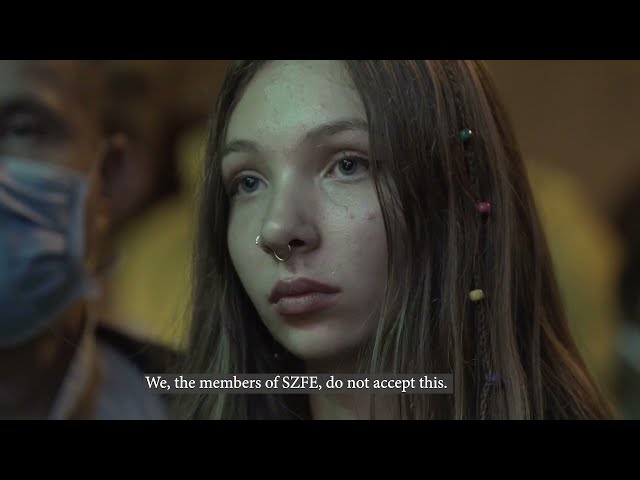