Realized by: My Country Talks, a platform created by ZEIT ONLINE

In partnership with a network of 15 European media organisations, the German Federal Foreign Office, the European Cultural Foundation, the Evens Foundation, and the Goethe-Institut

Europe Talks brings people together for a day of political dialogue

In order to strengthen cohesion in Europe, we must also talk about our differences! For this reason, the Allianz Kulturstiftung supports "Europe Talks": Starting on 19 October 2020, ZEIT ONLINE and media partners from 15 countries have once again opened registration for Europe Talks. The dialogue program brings together people from across Europe for one-on-one, cross-border debates on political topics. Each participant will be matched with a conversation partner from another European country with the most different possible political opinion. The conversation will take place in English over video call.

On 13 December 2020, thousands of Europeans, who are complete strangers to each other, will meet online for a conversation. They will discuss questions such as whether protecting people from the coronavirus should be the first priority, even if the economy suffers, whether masks should be mandatory in all public spaces, and whether schools should remain open throughout lockdowns. Seven Yes/No questions that all participants answer during registration will be used to match conversation partners with different views. These conversations are made possible by a collaboration between ZEIT ONLINE and a large network of European media organisations: bTV Media Group in Bulgaria, Calea Europeana in Romania, Delfi  in Latvia, De Volkskrant in the Netherlands, Der Standard in Austria, Efimerida Ton Syntakton in Greece, Expresso in Portugal, France24 in France, Gazeta Wyborcza in Poland, HotNews in Romania, Kapital in Slovakia, La Repubblica in Italy, LRT.lt in Lithuania, Mirror in Great Britain, Phoenix in Germany, Politiken in Denmark, Republik in Switzerland. 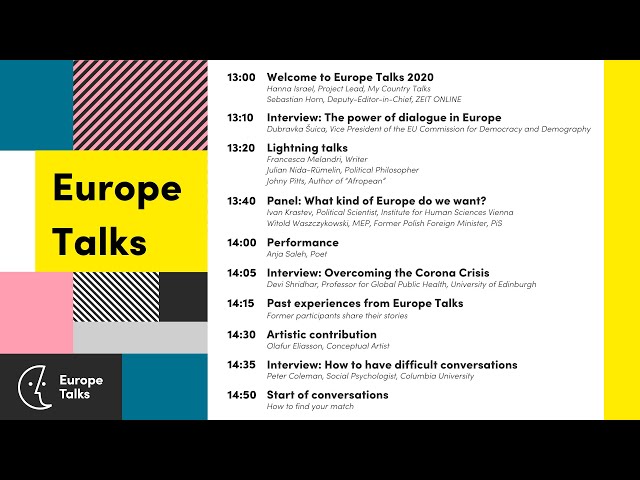 Winner project of the Jean Monnet Prize for European Integration 2019

Following this success, Europe Talks has been awarded the Jean Monnet Prize 2019 for its integrative power. The prize honours projects and personalities who "contribute to supporting and strengthening European integration". The jury stated that Europe Talks had achieved "combining citizens' participation with the possibilities of digital tools and the role of the media" in a wonderful way. 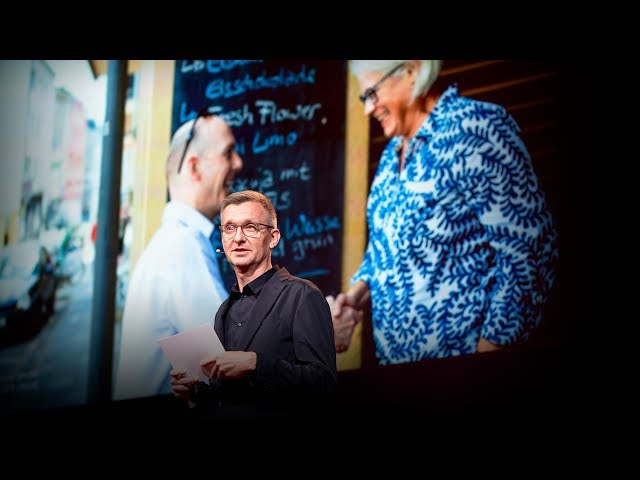 The interest in participating was enormous: more than 17,000 participants met all over Europe for a personal conversation, by video or telephone call. Over 80% of them stated that they had had a positive experience with "Europe Talks" and that they would like to participate again. Scientific accompaniment has shown that just two hours of conversation between people with completely different political views are enough to weaken polarisation and break down prejudices. In addition, the meetings served to strengthen the participants' confidence in social cohesion.