The various ethnic groups of the Mediterranean are tied together by more than the present political conflicts and economic inequalities in the region would suggest. Since the dawn of recorded history, the Mediterranean coastlines have been interconnected by a web of trade routes extending from the Arab-Islamic cultural sphere and Byzantine-influenced Eastern Europe all the way to the Western European port metropolises. Continuous exchange gave rise to and nurtured a unique cultural space shared by the entire Mediterranean world. "The Gods", as David Abulafia (The Great Sea) pointed out, "were riding along on every trade ship".

“The White Sea” (Arabic translation of “Mediterranean Sea”) brings that historical cultural exchange back into view through public debate . Historians, philosophers and writers of different generations and backgrounds join in dialogue and discuss which aspects of their shared cosmopolitan heritage are unifying and which are divisive. It is a process of formulating new narratives for the region, narratives that can help defeat nationalist and/or fundamentalist discourses.

The series of events kicked off in Berlin and Trieste in 2012. Annual installments have taken place around the Mediterranean ever since.

Winner of the Arts Sponsorship Award 2014 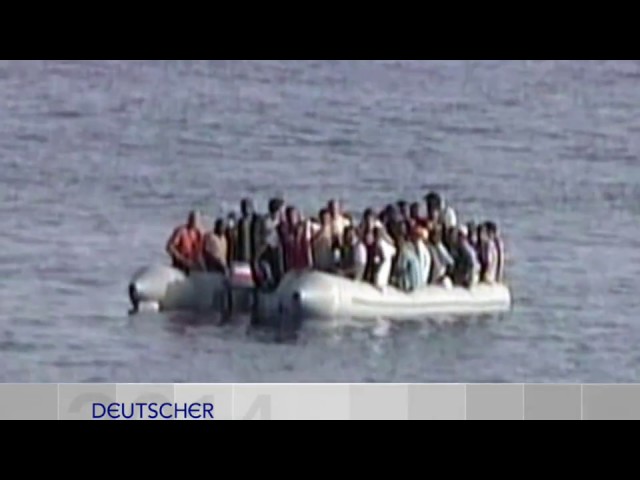 Berlin, February 2018
On 13 February 2018, historians Leyla Dakhli and David Abulafia, political scientist Claus Leggewie as well as writer Rainer Merkel met at the Literary Colloquium Berlin to discuss historical and current transformations in the Mediterranean world. The participants addressed topics such as the history of cosmopolitan port cities, national isolation, armed conflicts, climate change and mass tourism. They also exchanged their positions on how to re-think Europe from the South (to the center). The discussion was moderated by cultural scientist and literary scholar Markus Messling from the Marc Bloch center.

Flyer (German)
Marseille, May 2017
The novel Transit, written by Anna Seghers, is an impressive account of the life of refugees in Marseille/France after the German invasion. Today, the Mediterranean area is again a place of displacement and despair, but it is also a place of hope, for a journey into a better life. Within the newly established literary festival Oh les beaux jours !, authors from diverse countries came together in Marseille, they all witness with their works or via their own biographies how rich the experience of migration can be, and not only for Europe.

Program (French)
Press release (French)
Berlin, February 2017
Berlin is often referred to as the westernmost capital of Eastern Europe, Marseille as Maghreb’s northernmost metropolis. What is the bridging function of these cities which are often described as centers of parallel societies and the underground, between East and West, or Southern Europe and North Africa? French and East European writers dedicated to these and other questions during the event Marseille – Berlin: Gateways to another World [Tore zu anderen Welten].

Tagesspiegel 07 Feb 2017 (German)
Berlin, February 2016
At the Odyssee to Europe event, six authors spoke from their own personal point of view about the dramatic mass exodus to and through Europe. Conversation revolved around the flight from Syria via what is known as the “Balkan Route” and the construction of new border fences within Europe.

Statements of the participants

Süddeutsche Zeitung 11 Feb 2016
Frankfurter Rundschau 11 Feb 2016
Thessaloniki, June 2015
The Thessaloniki – Reinventing Diversity event brought together authors and artists from Greece and neighboring countries to talk about how Thessaloniki could draw on its multicultural heritage to shape a vision for the future, and how the city could cooperate with other urban centers in the region to meet the great challenges of the 21st century. They then envisioned the kind of role today's immigrants might play in that.

Neue Züricher Zeitung 19 June 2015
Deutsche Welle 08 June 2015
Handelsblatt 16 June 2015
Berlin, November 2014
Authors exiled in Europe or dealing with Syria in their novels discussed their experiences at the Syria in Exile event in Berlin. They told stories of escape, migration, homesickness and an active, yet barely noticed art scene within Syria and beyond. That art scene is not only trying to find and test out new spaces of freedom, but also waging peaceful protest outside the theaters of war.

Handelsblatt 26 Nov 2014
Alexandria, April 2014
The Identities in Motion event explored the multiple cultural identities that have evolved around the Mediterranean Sea and continue to influence the mutual perceptions of Arabs and Europeans to this day.

Süddeutsche Zeitung 05 Sep 2014
Tirana, October 2013
Eight authors of different generations from Albania, Egypt, Germany and Switzerland gathered at the Memorial Space Europe event to speak about the unifying and divisive aspects of their shared Mediterranean heritage. The authors sought to pinpoint what kind of collective memory exists in the Mediterranean world, and how that collective memory has been shaped by both a long history of shared cultural traditions and a present rife with contrasts.

Süddeutsche Zeitung 22 Oct 2013
Tagesspiegel 19 Oct 2013
Berlin, May 2013
The Mediterranean Sea as Eternal Fantasy featured discussion and readings by authors from Germany, Italy, Croatia and Albania on the continued role the heritage of ancient Mediterranean cultures plays in the present.

Deutschlandfunk 12 May 2013
Trieste, November 2012
Between Mediterranean and Central Europe: The Two Souls of Mediterranean Literature focused on the importance of the sea in Italian, Croatian and Slovenian literature. Throughout the event, discussions lingered on the aspects of Mediterranean heritage that tie the different cultures together.

Süddeutsche Zeitung 04 Dec 2012
Berlin, July 2012
The kick-off event on 7 July 2012 at the Literarisches Colloquium Berlin (Literary Colloquium Berlin) addressed The Shared Ancient Heritage of Mediterranean Cultures. Six renowned authors from the Mediterranean and Germany gathered to reflect on that theme together. What unifying or dividing role does that cultural heritage play in the Mediterranean today? What great myths and stories continue to influence those cultures into the present?

The White Sea at the literature festival Oh les beaux jours !, Marseille, May 2017

The White Sea at the literature festival Oh les beaux jours !, here with Maïssa bey and Camille de Toledo, among others, Marseille, May 2017

The White Sea at the literature festival Oh les beaux jours !, with Pinar Selek and Omar Youssef Souleimane, Marseille, May 2017

Ivana Sajko discussing at the conference "Identies in Motion" at the Bibliotheca Alexandrina, Alexandria, 2014.

The engaged aufdience at the conference "Identies in Motion" in Alexandria, 2014.

The "White Sea" (Arabic name of the Mediterranean Sea) at the coast of Alexandria, Egypt.

Foto of the exhibition "Seechange", which was on show in the context of the White Sea at Literarisches Colloqium Berlin in 2012.

Several photographers documented the life of young Europeans as result after the big financial-market crisis.