The conference invites 30 European writers and intellectuals to Berlin to discuss current European issues from a literary perspective with the goal to go beyond a media discourse on Europe conducted from the perspectives of political and economic interests and to attempt to reach rapprochement and understanding between European identities and living environments.

How can literature contribute to an understanding of European identity and lifestyle? What alternatives to purely political and media discourses can writers offer? What role does culture play in times of threat by populism and nationalism?

The European Writers Conference harks back to a meeting in West Berlin in May 1988, which dealt with the question of how to overcome the division of Europe and make the utopian vision of a “house of Europe” come true. Some of the writers who participated then – such as, for example, Ágnes Heller and György Dalos from Hungary – also took part in the 2016 conference.

For the initiators are not only interested in what London or Paris thinks about Europe. They also want to engage in a dialogue with Europeans from the continent’s geographical and political peripheries and hear about their dreams, wishes, and worries.

In May 2016 the writers built upon the themes of the first conference by discussing common European values in the face of nationalism and xenophobia, literature’s potential to overcome cultural and political borders, and to what degree culture tolerates or requires immigration.

The European Writers’ Conference is an initiative run by the authors Mely Kiyak, Antje Rávic Strubel, Nicol Ljubić and Tilman Spengler working alongside Frank-Walter Steinmeier and is being organized every two years in Berlin. The conference is accompagnied bythe Long Night of Literature at Deutsches Theater Berlin. 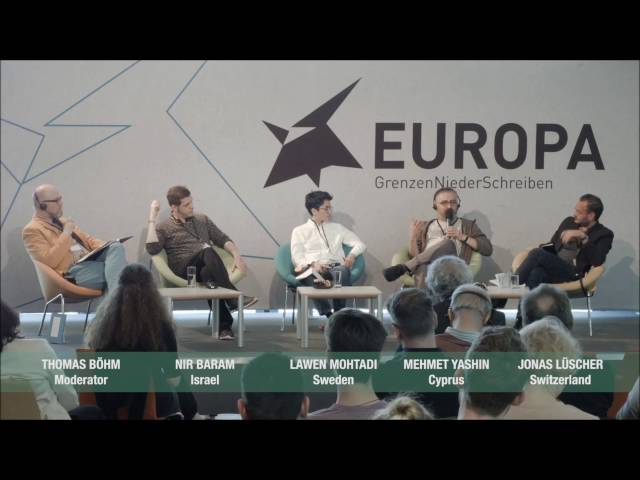 Statement by Frank-Walter Steinmeier, 8 May 2014

"In 1988, writers from all over Europe met at a conference in West Berlin and dreamt the Dream of Europe. A short while later, that same dream incited the peaceful revolutions on the Alexanderplatz in the eastern part of the divided city, in Wenceslas Square in Prague and in the shipyards of Gdansk. When I travel the world today as foreign minister, I sense this dream is not being dreamt in Europe alone. It inspires young people in the Ukraine as much as it does in North Africa, Asia and Latin America. It is the dream of democracy and the rule of law, of freedom for the individual, and for social cohesion. When I return to Europe from my world travels, of course, I can see that we, too, have a long way to go to make this dream a reality. We experience this in the heated debates over the right of free movement. We hear it when people vent their anger at the “regulating frenzy” in Brussels. We feel it especially in those places where young people are suffering from the economic crisis. It is more crucial than ever that we not lose sight of the dream. It can point us in the right direction when we grapple with the problems that are part of our European reality. Commemorating the European writers and revolutionaries of 1989 can offer us encouragement. They achieved what had previously seemed impossible. They razed the Berlin Wall and tore down the Iron Curtain.That boundaries can be overcome is part of the primal European experience. The dream of Europe does not end at tollgates. And it does not fade with the years. It remains our best answer to a global reality. It emboldens us in our endeavor to prevent a new division of Europe today. With Europe's dream in sight, we have come an incredibly long way these last few years. We must think this dream further with imagination and a sense of reality. This is why I am looking forward to the upcoming Writers' Conference Europe – Dream and Reality on 8 May 2014."

2016
How can literature contribute towards our understanding of European identities and lives? What alternative discourses can writers create to those of politics and the media? What role can culture play in a Europe threatened by populism and nationalism? Frank-Walter Steinmeier, Mely Kiyak, Nicol Ljubić, Tilman Spengler and Antje Rávic Strubel, invited 30 authors from all across Europe and the Middle East to Berlin to discuss these questions in a series of talks called “WritingAwayBorders”. Five roundtables were held during the conference on 9 and 10 May in the Academy of Arts. At the end of the first day of the conference, Europe’s literary and linguistic diversity could be experienced at the Deutsches Theater as part of the Long Night of European Literature. With Paolo Giordano (Italien), Joanna Bator (Polen), György Dragomán (Ungarn), Serhij Zhadan (Ukraine), Jaroslav Rudiš (Tschechien), Ágnes Heller (Ungarn), Leonidas Donskis (Litauen), Kefah Ali-Deeb (Syrien) etc.

The first European Writers’ Conference took place in 2014 under the title “Europe – Dream and Reality.” It focused on the disruptive effects of the economic crisis and the Ukraine conflict, which had just broken out. Frank-Walter Steinmeier had joined together with the four authors Mely Kiyak, Nicol Ljubić, Tilman Spengler und Antje Rávic Strubel to invite 30 European authors to Berlin, where they discussed and rethought the cultural significance of keeping the “Dream of Europe” alive and explore other alternatives. Who or what is Europe? Is there such a thing as a literary Europe? Or is it literature that creates Europe? Does Europe continue to be a haven, or has it turned into nothing more than an open-air museum? European writers explored such questions during four discussion panels.

Immediately following the conference on 8 May, the Deutsche Theater opened its doors for the Long Night of European Literature, a public reading in which audiences were invited to listen to the rich diversity of European literature and voices.

On 9 May, the Alfred Herrhausen Gesellschaft hosted a related symposium entitled, „Europe – Dream and Reality“, where speakers from diverse parts of the world and disciplines exchanged ideas about the European dream within a global context. A special focus was given to the perspective from outside Europe’s borders.

The Initiators of the European Writers´ Conference

Opening speech by Frank-Walter Steinmeier at the Academy of Arts, May 2016.

Panel I: What Do European Values Mean Today?

Panel I: What Do European Values Mean Today?

Panel II: How Much Immigration Can Culture Handle?

European Writers´ Conference „Europe – Dream and Reality“ 8-9 May 2014 at the Alfred Herrhausen Gesellschaft.

Panel discussion "Europe from the perspective of minorities"