Europe is in transition. Today, it sees itself as provincialised and has to re-establish its relations with the world. The Rhinoceros Salon brings the protagonists of an open society into conversation: against identitarian politics, it relies on recognition, translation and worldliness. A Berlin Salon of living-together.

The Rhinoceros Salon at the Haus der Kulturen der Welt, Berlin presents the eponymous journal Rhinoceros – Europe in transition (in German) and launches its first issue: “repairing”. For it is only when the question of historical conditions and current practices of repairing a damaged world has been raised that meaningful thought can be given to living together in a divided world. What are the possibilities and limits of historical reparation? Are discourses of guilt allowed to be brought together? Can art repair? Who can even repair socially? And how do we deal with ruptures that cannot be repaired?
On 8 October 2020 the first edition of the salon took place in Berlin, with discussions, concerts, short films and a reading. Together with author Adania Shibli, Trickster Acoustic tested options for repairing with music. Marion Detjen, Emily Dische-Becker and Wolfgang Kaleck opened a debate on the legal and historical conditions of reparations. Writer Camille de Toledo and translator Karin Uttendörfer approached the evening’s topic in a reading. Rhinoceros asks biologist and philosopher Cord Riechelmann how to repair nature.
More information (in German) on the salon plus videos can be found here. 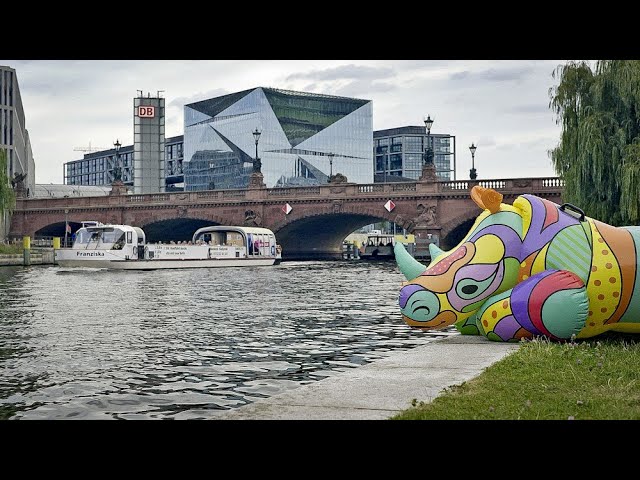 The rhinoceros is indeed a strange member of the world community of the living. Exceedingly well-nourished and firm on its legs, it should be able to look to the future with confidence. But there’s the rub: the rhinoceros’s vision is extremely poor. Perhaps that explains why it is so suspicious and irritable.
The rhinoceros is an emblem. It stands for Europe and for the insight that its relationship to the world needs to be rethought. A new world order is in the offing, one in which the rhinoceros has to give up some of its weight and put itself to the test of coexistence. On the fragile ground of history the question thus becomes: under what conditions can a half-blind, multiton creature hazard the transition?
The journal will be published once a year at the publishing house Matthes & Seitz. More information (in German) can be found here.